Chronographs are a favourite complication among watch enthusiasts, but like most things, they come in various grades. In the middle of the heap is the modular chronograph, which, as its name suggests, sports a modular construction: a base calibre with a chronograph module added on top. Because this variety is cheaper and easy to produce, the majority of chronograph watches are fitted with such mechanisms.

At the top of the heap, however, are the integrated chronographs, which are movements purely dedicated to the stopwatch function. These feature column-wheels – small, fluted cylinders with protruding columns that communicate with various levers, precisely coordinating and controlling the start, stop and reset functions. They’re expensive to produce, but you can tell the difference the moment you press the chronograph’s pushbuttons – the action is smooth and tactile.

It’s no wonder, then, that watchmakers tend to take this route when it comes to fabricating their own in-house chronographs. Here are five of the most noteworthy.

Girard-Perregaux 1966 Column-wheel Chronograph
In 2013, Girard-Perregaux’s first in-house chronograph movement, Calibre GP03800, made its debut in the watchmaker’s flagship 1966 collection after five years of development. Noted for its traditional construction, it has a column-wheel and horizontal clutch system, plus fine finishing – Geneva stripes, circular graining and bevel-edged bridges – that can be admired through the case back. 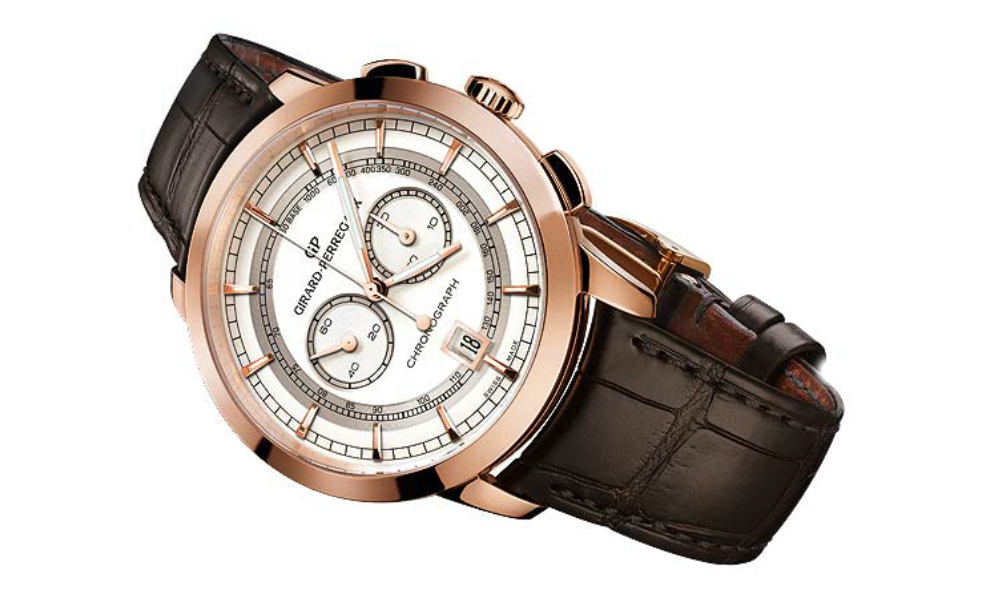 Hublot Big Bang Unico Sapphire
Hublot’s Unico movement, a flyback chronograph calibre with column-wheel, has been the brand’s signature in-house mechanism for some time now. Over the years, many a skeletonised dial has been used to showcase this calibre in glorious detail, but this Basel, Hublot unveiled a sapphire case that allows views from every angle. To sharpen the contrast, the movement is treated with a black PVD finish. 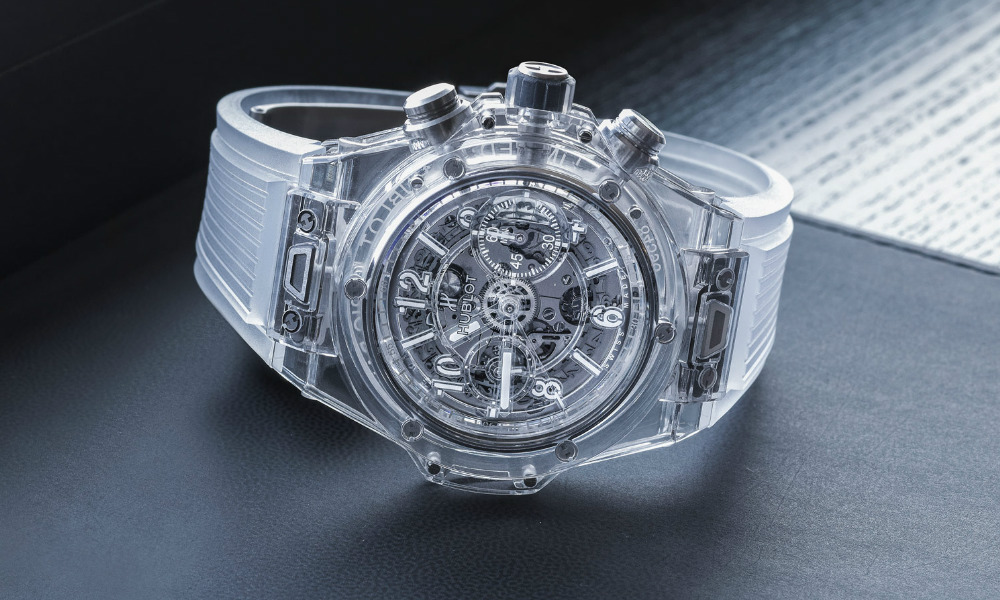 The message is clear: Hublot wants you to admire the Unico movement not just from the top and bottom, but from all angles

IWC Ingenieur Chronograph Special Edition
Last year, IWC announced that it was working on a new family of in-house chronograph calibres, the 69000 series. A few weeks ago, the first such movements – Calibre 69370 – were unveiled in three limited edition Ingenieurs that commemorate the prestigious vintage car rally, the 74th Goodwood Member’s Meeting. Equipped with a date and three totalisers in a 6-9-12 configuration, we believe it won’t be long before the calibre, a column-wheel mechanism, is used across IWC’s portfolio. 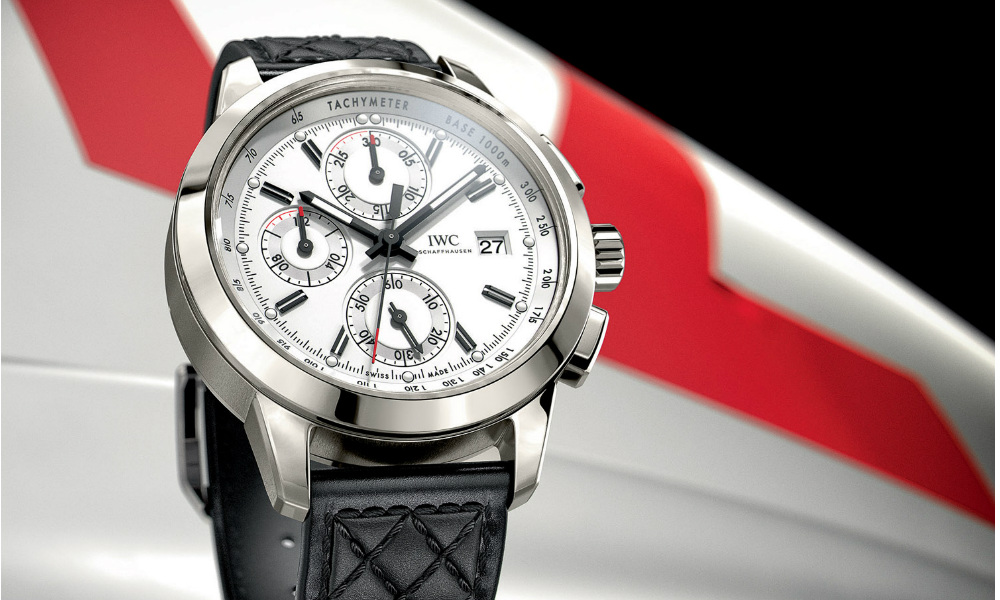 Cased in titanium, the IWC Ingenieur Chronograph Edition “W 125” is limited to 750 pieces

Patek Philippe Ref. 5170
The 5170 is renowned for being Patek Philippe’s first model to be equipped with the in-house, manual-winding chronograph calibre CH 29-535, which boasts column-wheel control, a horizontal clutch system and an instantaneous jumping hand on the chronograph minute counter. Previously available only in yellow and white gold editions, this year the lineup welcomes two new additions in rose gold, either with a black or silver opaline dial. 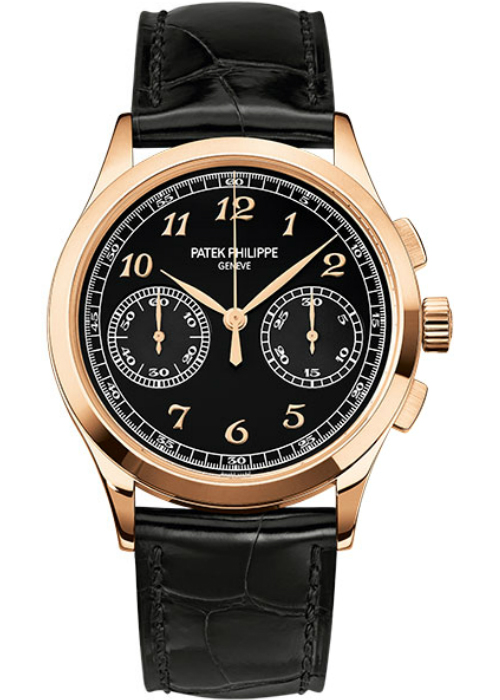 The standard-bearer of Patek Philippe’s chronographs, the 5170 is now sheathed in rose gold

Rolex Cosmograph Daytona Ref. 116500LN
This is what many Rolex fans have been waiting for: the steel Daytona with a black Cerachrom bezel and “Panda” dial (either black with white sub-dial rings or vice versa). Cerachrom, Rolex’s term for scratch-resistant ceramic, bezels already exist on the Daytona, but only on the platinum and Everose gold editions, until now. At its core lies the same workhorse engine that has powered the line since 2000: the Calibre 4130, a mechanism with column-wheel and vertical clutch, the latter providing an instantaneous, precise start. 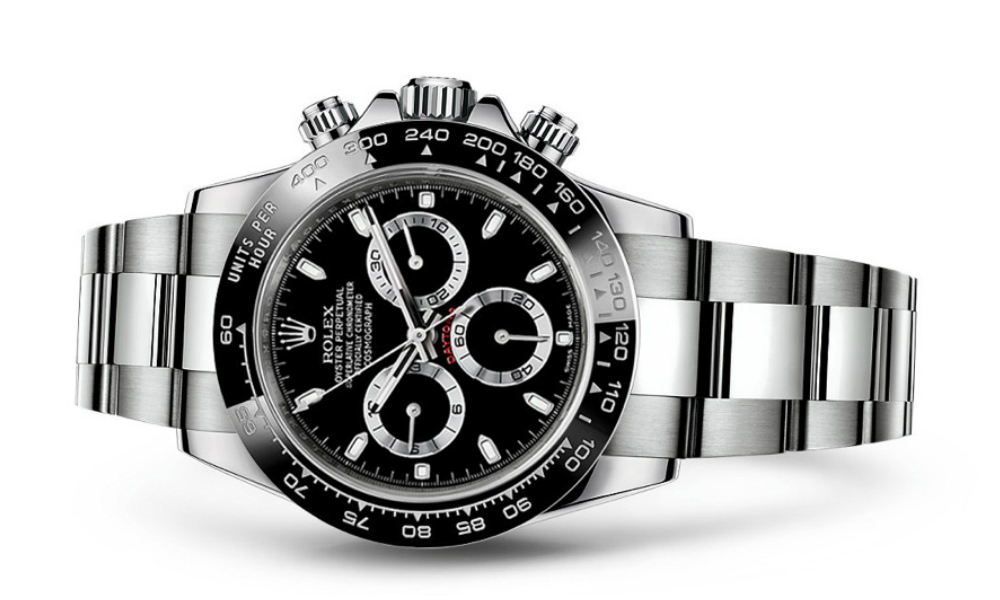 It don’t matter if you’re black or white: the new steel Rolex Daytonas with black Cerachrom bezels will replace all existing steel models